Today was my first time in the city of Fort McMurray. I had quite a bit of reading on city, including listening to some of its mayor's speeches on sustainable community development.  I was quite excited to meet the professionals at the Wood Buffalo Regional Municipality economic development office.  I wanted to meet with them first in order to get a sense of the city and learn about what is happening in the region.  Wood Buffalo as a region makes up 10% of province (bigger than Nova Scotia) and over 50% of the major business projects of the province.  So you can imagine that there is more than the black-and-white that we hear in the news about the Oil Sands development and the health of the community.

What I did on my summer vacation... Another "out of the box experience".

For those who know me well, I am not Sporty Spice... But I will try anything once, provided it won't kill me. So bunjee jumping and sky-diving are out, but 3 weeks camping by myself is something that I could do. So I am.

This is the first post of my roadtrip. I love road trips. The last significant one I went on was in 2007 when I drove across Canada, ending up in Ottawa on the Day of Action. You can read about this trip on my first blog, "What do we have in Common." I ended up taking all the side roads asking people along the way, what we had in common. I was seeking out the answer to this question because I was struggling with how the media kept portraying our differences, when what we have in common is actually greater than our differences. This trip led to my connection to the Milestone's Project. If you have the opportunity to see this exhibit: Canada - on display in the arrivals section of the Calgary Airport - International Level; USA - in Boulder, Co. multiple locations; I strongly recommend it.

According to the Merriam Webster dictionary social media is defined as: Forms of electronic communication (such as Web sites for social networking and microblogging) through which users create online communities to share information, ideas, personal messages, and other content.

§  Facebook: Currently the largest social network on the internet, built on the concept of friend-to-friend connections. 995+ million monthly active users

§  Blogs: A web site on which an individual or group of users record opinions, information, etc. on a regular basis.

Slaktivism is a term that started appearing around the mid-'90's and is used to describe those who seek social change, but with minimum energy output. Or better said - people with a conscious who also know how to mobilize technology and social networks to make signficiant change.

Industrialization of Philanthropy - What Role will you Play?

This is a link to my first Calgary Herald blog post in the Business Section.

I recently joined a group of Calgary’s thought leaders and social entrepreneurs in a workshop discussion on Collective Impact hosted by the Innovation UnSchool in partnership with the Innovation Exchange (IXYYC).

For years we have been talking about how charities need to collaborate more, and how funders need to fund organizations that work co-operatively towards meaningful social change, so the idea of collective impact shouldn’t be a surprise.  But it is... for many.  This idea takes collaboration to a whole new level – by bringing together organizations who, independently are striving to make shifts in complex social issues, but when mixed together with policy makers and funders, can actually move the needle forward.

What if Charities had an Exit Strategy?

This past weekend I was part of a facilitation team taking a group of individuals and organizations through a course on starting a social enterprise.  The workshop was hosted by Canada Bridges and there were about 25 individuals ranging in age, ethnicity, and most especially in the ideas that they felt they could get to market that would make meaningful social change.

“If I am not for myself, who will be for me?

If I am only for myself, what am I?

The Networking Age and the Philanthropic Industry 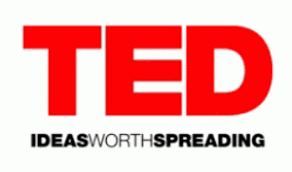 Last week I attended the TEDxLive talks via TEDxCalgary. The talks on crowd-sourcing and social change really perked my ears. It was exciting to hear people sharing their thoughts on things that I have been thinking about for a while and how they took my thoughts to a new level. Isn't that the whole point of TED - to make us think and dream bigger?

I am a pharmacist's daughter. Some of my fondest childhood memories consist of weekends and school breaks spent working in my father's downtown pharmacy. That may seem strange, seeing as chemistry, biology and mathematics were not my strongest subjects. It was at this "job" that I was first exposed to business and commerce.  At an early age (elementary school) I learned how to work a cash register and count change - on a machine that didn't tell you how much change was owed; when I got my driver's license I was delivering prescriptions to seniors and those who were shut-in; and March break consisted of a weekend doing inventory for year-end.  Some really basic business and life skills were gleaned from watching how my father operated this small business.